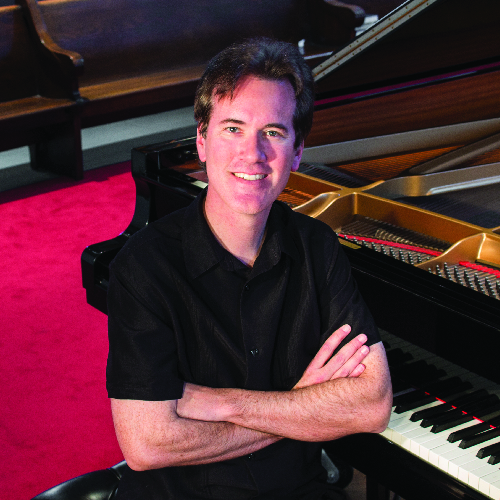 Chertock made his debut at the age of 17, performing the Rachmaninoff Piano Concerto No. 3 with Andrew Litton conducting. Chertock made his Carnegie Hall debut in 1999 with the Cincinnati Pops Orchestra, performing Duke Ellington’s New World A’Comin’. Chertock has toured Asia with the Boston Pops, and the Cincinnati Pops Orchestra. His 2003 performance on the Cincinnati Symphony Orchestra’s recording of Petrouchka with Paavo Järvi turned in rave reviews in Gramophone and American Record Guide. In 2005, Chertock performed Gershwin’s Concerto in F Major with Maestro Lockhart and the National Youth Orchestra of London. Later that year, Chertock performed the world premiere of “Jeux Deux” for hyper-piano and orchestra by Todd Machover, commissioned by the Boston Pops expressly for Mr. Chertock.

Claude Gingras of La Presse, Montreal, said of pianist Michael Chertock: “Chertock revealed himself as a first-rate pianist and an interpreter of noticeable interest through the freshness that he brought to these familiar scores….(he) displayed the sensitivity of a Chopin interpreter.” The Boston Globe, with guest critic Anthony Tommasini (currently chief music critic of the NY Times), called his playing “unmannered, zestful, and lovely.” The Cincinnati Enquirer has described Chertock’s playing as “intelligent and disciplined…noble…finely finished…expressive and well-controlled.” The Salt Lake City Deseret News said “Chertock… is a musical performer with an immense technical command of the piano.”

Chertock began conducting in 2001 when he stepped in for Maestro Carmon De Leone in performances of Cincinnati Ballet’s The Nutcracker. Chertock is the conductor of the Blue Ash-Montgomery Symphony Orchestra, located in suburban Cincinnati, Ohio, and he frequently composes and arranges music for the orchestra’s concerts. He has conducted the Columbus Symphony (Ohio) and the Cincinnati Symphony in performances of The Nutcracker. In 2015, 2016, and 2017, Chertock conducted the State Symphony Orchestra of Moscow and the Moscow Conservatory Orchestra in programs devoted to the music of George Gershwin.

In 1994, Chertock released his first CD on the Telarc label, a collection of his original arrangements of music from movies entitled Cinematic Piano. American Record Guide said “(Chertock) plays beautifully, and Telarc’s lush sonics bathe the listener in an intoxicating wash of piano sonorities.” Cincinnati Enquirer critic Janelle Gelfand called it “one of the most gorgeous discs of the summer”, citing his “elegant techniques…just the right poetic tone.” The recording has sold more than 30,000 units worldwide. Since then, he has recorded three more discs with Telarc: Palace of the Winds, Christmas at the Movies and Love At the Movies, which have been praised for their lush, original arrangements and exquisite technical facility.

In 2004 Chertock joined the faculty of the University of Cincinnati, College-Conservatory of Music, where he is currently chair of the Piano Department. Chertock makes his home in Mason, Ohio with his wife Maaike, son Joshua and daughters Maria and Janneke. Most Sundays you can find him playing piano and organ for services at St. Barnabas Episcopal Church.